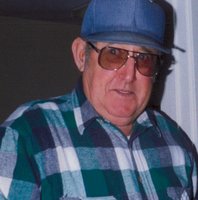 Robert Allan Ruddock Robert Allan Ruddock, born on December 18, 1927 to Rodney and Iva (Halstead) Ruddock, passed away peacefully on June 24, 2020, at the age of 92. Bob lived a long and full life and witnessed many historical events. He was born, raised, and lived in Lake County most of his life. During the Great Depression he ran trap lines, with his brother, Rodney, and they would literally run down roadrunners to sell. They worked alongside their father to provide for the family and they worked in San Francisco building houses in the 1930s. Bob served in the US Army during World War II from April 18, 1946 to September 27, 1947. He was overseas from August 6, 1946 to August 14, 1947 as part of the Peacekeeping Force at the end of World War II. He received the World War II Victory Medal and the Army of Occupation Medal – Japan. He was one of the only ones with a hunting license during his tour in Korea during World War II. He would hunt for his fellow troops and the villagers. He had great respect for the Korean people he helped liberate from Japan. When the Korean War broke out, Bob enlisted in the Navy. He served in the Navy from February 2, 1951 to February 3, 1955. He was stationed aboard the USS Ouachita County (LST-1071), which was part of the US Atlantic Fleet. He was part of the Deck and Gunnery Division. He was the sailor that fired the three 40 mm heavy guns at the front of the ship. He would tell stories about how those guns could really put down the lead and how the barrels would have to be changed when they got hot and would bend. He would just switch over to the next one while the crew changed out the barrel. He also served as a Helmsman when the guns were not being used. He held the rank of Boatswain’s Mate Third Class and received the National Defense Service Metal. He loved his country and his freedoms. After the war Bob returned home to Lakeport where he met his wife Joanne. They were married March 23, 1957, and recently celebrated their 63rd anniversary. He built their home in Scotts Valley in 1960 and lived there the rest of his life. He was a great farmer who grew pears and walnuts for fifty years. Together with his wife he raised two children, son Joseph (Joe) and daughter Robin. He served on several boards, including the Scotts Valley Fruit Exchange and the Hartley Cemetery Board. He was an avid hunter and fisherman. He would tell stories of his great adventures with his brothers and friends on elk and deer hunts. He loved to go salmon fishing in Fort Bragg on the Telstar. He was a devoted and wonderful husband and the greatest father anyone could have had. Bob was predeceased by his parents, Rodney and Iva (Halstead) Ruddock; both his brothers and sisters-in-laws, Rodney and Jane and Tom and Judy; his nephew, Steve; and his nieces, Debbie and Toni Lynne. He is survived by his wife, Joanne (Butler) Ruddock; son, Joseph (Joe) Ruddock; daughter, Robin Ruddock Borre; son-in-law, Steve Borre; grandson, Rene Borre; nephew, William (Rusty) Ruddock; nieces, Janice (Ruddock) Calogianes and Barbara (Ruddock) Rawlins; and great nieces and nephew, Kimberly (Marsh) Covella, Jeni Ruddock and Mike Ruddock, as well as great-great nieces and nephew.