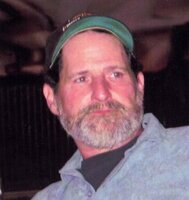 Scott A. VerLinden Scott Alan VerLinden was born April 5, 1955, and he passed away on August 21, 2022 at 67 years old. He was born to Ralph and Maryly VerLinden of Scotts Valley, CA, and he grew up in El Sobrante, CA with his brother and two sisters, Nancy (Greg) Wright and Carolyn VerLinden (Dave). His only brother, Craig, was killed in Viet Nam. Scott graduated from De Anza High School in 1973. He marriedin 1978. They had 3 lovely daughters, Leisha Romo(Rene), Shannon VerLinden, and Kristin VerLinden. In 2000, Donna Ornellas moved back to Lake County from Alaska when Scott asked her to come live with him. This union added 2 more lovely daughters to his family, Shannon Johns and Barbi Frisbie. Scott adored all 5 girls and they equally adored him in return. A loving family for 22 years. Scott also has 7 grandchildren, Brandon, Aziza, Caliana, Jeoff, Charity, Jayden, and Brooklyn. Scott was a welder- fabricator his whole life. He owned Barnett Welders in Lakeport, CA. with his dad Ralph for 45 years. He was very well known by a lot of local families and friends and very well liked by all that met him. His friends used to call him the Clint Eastwood of Lake County. When anyone would visit with Scott, he always gave them his full attention. He never said much, but always listened like what you had to say was important. Scott always treated Donna with respect and love. If something was important to Donna (right or wrong), it was important to Scott. Donna and Scott’s daughters will cherish their time with Scott forever. We are hoping that everyone that reads this will come to Scott’s Celebration of Life in Lakeport, CA at the Yacht Club on Sunday, September 18, 2022 from 2:00 -6:00 PM. Arrangements by Chapel of the Lakes Mortuary (707)263-0357 or 994-5611 or visit:chapelofthelakes.com