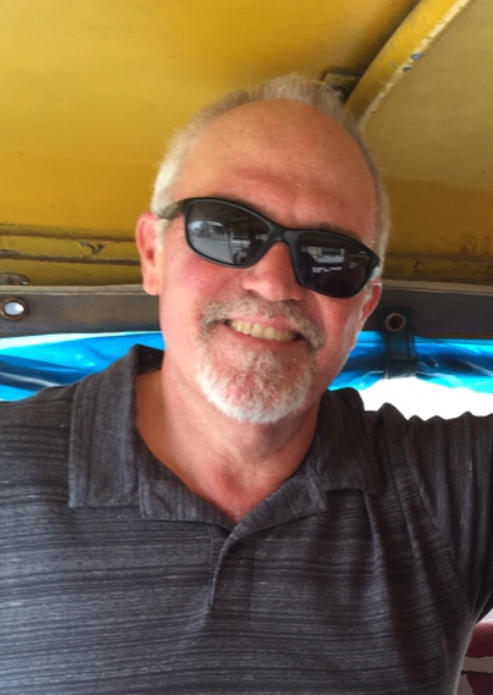 Memorial Service To Be Announced

Robert D. Young Jr., age 60, passed away peacefully at his residence in the Hidden Valley Lake Ranchos on March 12th, 2020. Bob was born in Oakland,Ca on August 1,1959 and lived in the Oakland Hills and Moraga until his family moved to Barcelona, Spain in 1972. He attended the American School of Barcelona and became fluent in Spanish during his two years there. While in Spain, he played on a Spanish semi pro baseball team, enjoyed visiting the many architectural sites and soaking up the culture. The medieval castles were a favorite as was the opportunity to travel throughout several other European countries. In the summer of 1974 his family returned to the states and located in Walnut Creek, Ca. Bob finished high school and started junior college at Diablo Valley Junior College after which he transferred to Sacramento State where he received his bachelors degree in Geology. During the summer time, he bought and refurbished cars for resale and also worked as a roofer to help pay college expenses. Upon graduation of college Bob pursued his career in the geothermal industry with Freeport McMoran drilling company as "mud logger", he also spent time on Ascension Island drilling. Later he was employed by Calpine Corporation and worked in Steam field Operations, Power Plant Operations and as a Wireline Supervisor. In 2009, Bob took a position with Northern Ca.Power Agency as the Steam Field Facility Manager where he was responsible for overseeing all facility departments, including 72 geothermal wells, 2 power plants. When he first moved to Lake County in 1985, he met his wife Heidi, and was married July 18, 1987, purchased a house on Cobb Mt. and started a family. In 1992, he bought a 5 acre parcel in the HVL Ranchos and built a house, raised 3 kids, had horses, chickens, dogs, cats, pigs and a goat just to name a few. He resided there the remainder of his life. Bob was a very hard worker and an all around outdoors man. In particular, he loved hunting and fishing. He loved fly fishing and spent quite a bit of time fishing in the Mt.Shasta area with his sons and took several trips to Alaska fishing with his family and friends. He was a life long member of the North End Duck Club where he had spent time duck hunting and playing dominoes since six years of age. Other favorite hobbies were golf, snow skiing, boating, hiking and horseback riding. He loved playing and watching sports of every kind. He was an avid 49er and Giants fan. He also volunteered his time coaching his kids little league teams as well as taught PE classes to a group of home school kids. In 2016, Bob had the privilege to take a trip to Lampang, Thailand with his wife to visit their daughter who worked there. He enjoyed this extraordinarily beautiful country and especially loved the temples and amazing food. Bob was exceptionally handy and capable of accomplishing anything he wanted or needed to do. First and foremost , he was a devoted family man. He was a loving husband and father who cherished his family above all else. He was loved by his family and friends and will be deeply missed. He is survived by wife, Heidi Young; children Nicole Young, Robbie Young, Wyatt Young; and sisters, Laurie Young and Monique Young. He is preceded in death by his parents, Robert Young and Marge Young. Memorial Service to be announced at a later time due to Covid-19 via Chapel of the Lakes website.

Share Your Memory of
Robert
Upload Your Memory View All Memories
Be the first to upload a memory!