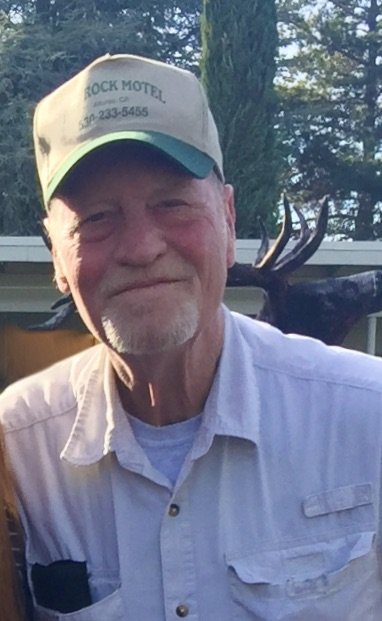 Thomas M. Price Tom Price was diagnosed with Metastatic Melanoma on June 1, 2020 and went Home to be with His Lord on June 20, 2020 at Modoc MedicalCenter with his wife by his side, he was 73 years old. Tom was born in Richmond, CA on February 26, 1947 to Connie and Evelyn Price. He went to Richmond High School. During his junior year, he quit and joined the Army 1964-1967 at age 17. After boot camp Tom was stationed in Alaska. His older brother Jerry was in the Air Force and Tom asked Jerry to transfer to Alaska to be with him. While that was in the making, Tom wanted to fight for his country so he volunteered to go to Viet Nam. He left for VietNam before Jerry made it to Alaska. Tom was in VietNam for 18 mos. Tom came home in 1967 and wanted to finish High School to get his diploma. He went to school and worked at Vera Flow in Richmond, CA. Tom met Rhonda Coleman in February of 1968 and they were married August 31, 1968 in Carson City, NV. Tom finally received his high school diploma the same year his wife graduated and received her diploma in 1969. Tom used his GI Bill and attended Contra Costa College in San Pablo, CA to become a social worker. He was expecting his first child so he was urged to get a job by both his Father and his Father in Law. His first son Cole was born October 23, 1971. Tom was hired by PG&E as a lineman in 1971. His second son Eddy was born November 14, 1974. Tom came to Modoc hunting with a friend that he worked with at PG&E and liked it so much, that he decided to raise his family there. He was hired by Surprise Valley Electric in 1976 and worked there for 24 years. Tom and Rhonda bought a small ranch seven miles North of Alturas and lived there until 1983 when they moved into town and bought the Alerton Motel, which soon became Rim Rock Motel. There were 10 units with a detached house and a utility building that they turned into a beauty shop for Rhonda - Rhonda,s Beautique. In 1998 Tom built four additional units that were large enough for a family with two queen beds and room for a of couple roll away beds. In 2004 Tom and Rhonda purchased the Drifters Inn Motel which was right next door and made the two Motels one. Rim Rock East and Rim Rock West. Tom and Rhonda sold the Motel in 2014 and decided to travel. Tom loved hunting, fishing, deep sea fishing and crabbing on the Oregon Coast at places like Brookings and Florence. He enjoyed traveling in his 40’ foot motorhome staying at mostly Elks Lodges across the U.S. and meeting new brothers. Tom was a member of the Alturas Elks Lodge 1776 for 25 years He became an Exalted Ruler of the Elks in 2002. Tom is survived by his loving wife of 51 years, Rhonda Coleman Price; son, Richard Eddy Price & Gwendolyn Bloomer of Redding, CA; granddaughter, Trinity Faith Price of Redding, CA; daughter in law, Teresa Price Siloam of Springs, AR; grandsons, Kylar Lane Price and Brooke of Cassville, MO and Quinton James Price of Siloam Springs, AR; brothers, Jerry Price and Adreanne of Oroville,CA and David Price of Oroville,CA; mother in law, 90 yrs old, Loamma Coleman Grove of OK; sister in law, Sherry Saxton of Grove, OK; and numerous cousins, nieces and nephews. Tom is predeceased by his parents, Connie and Evelyn Price; father in law, Tom H. Coleman; sister, Wilma Shaffer; sister in law, Dannette Price; and in 2014 he lost his son, Tom Coleman Price “Cole”. Tom will be missed: "Come on Baby" and "Gotta Go" were favorite sayings. Memorial Services for Tom will be held at Northern California Veterans Cemetery in IGO, CA on Friday, July 24th at 9:30 AM. There will be a gathering following the service at Redding Elks Lodge #1073 at 250 Elks Drive, Redding, CA. Masks are required.

Share Your Memory of
Thomas
Upload Your Memory View All Memories
Be the first to upload a memory!