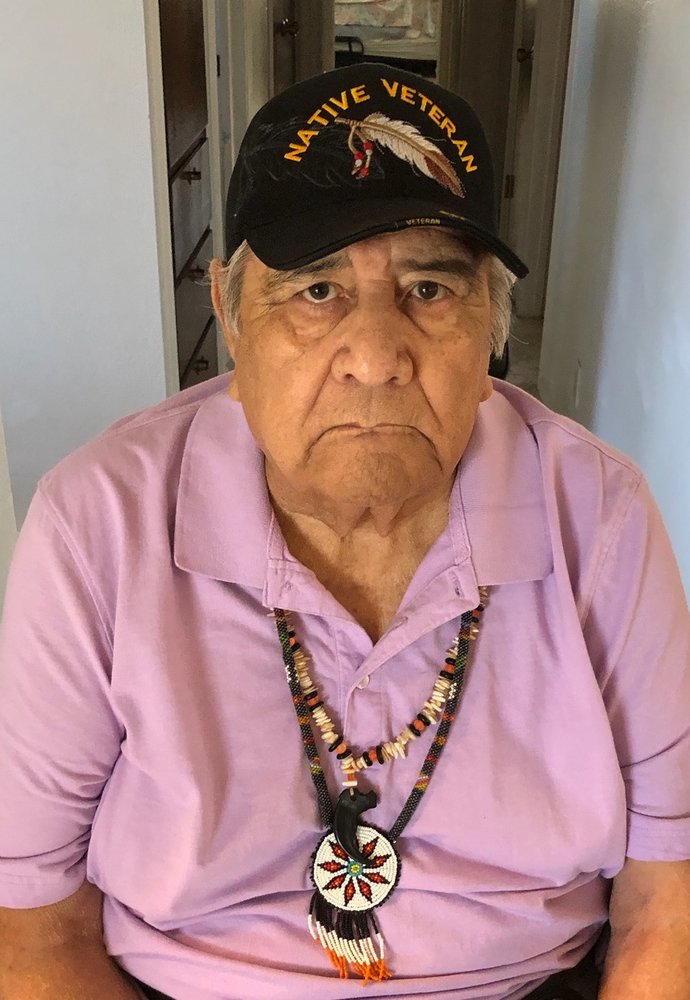 Donald D. Treppa Donald D. Treppa - Born May 23, 1933 and passed on June 27, 2020 – He was the oldest member of Habematolel Pomo of Upper Lake. Donald was born in Napa California and was raised in Upper Lake and San Francisco. Donald was a Korean War Veteran who served from 1953 to 1955. On his return home from the war he referred to his service as “Just returned from hell 53-54-55”. He was a great deer hunter, master of a John Deere backhoe, and rode a Gold Wing motorcycle 87,000 miles across the USA. He was a licensed excavation contractor, who worked in Lake and Sonoma Counties and the Mendocino National Forest. Donald is survived by his wife of 63 years, Patti (Schellinger) Treppa; his daughters, Kathleen Treppa, and Marchelle Treppa; and his granddaughter, McKenzie Boyle. Private Interment will be at Hartley Cemetery in Veteran’s Circle. In lieu of flowers, the family requests that a donation be made to the Lake Pomo Native Family Statue. Make checks payable to “Friends of Lake County Museum” located at 256 North Main Street, Lakeport, CA 95453.

Share Your Memory of
Donald
Upload Your Memory View All Memories
Be the first to upload a memory!
Share A Memory