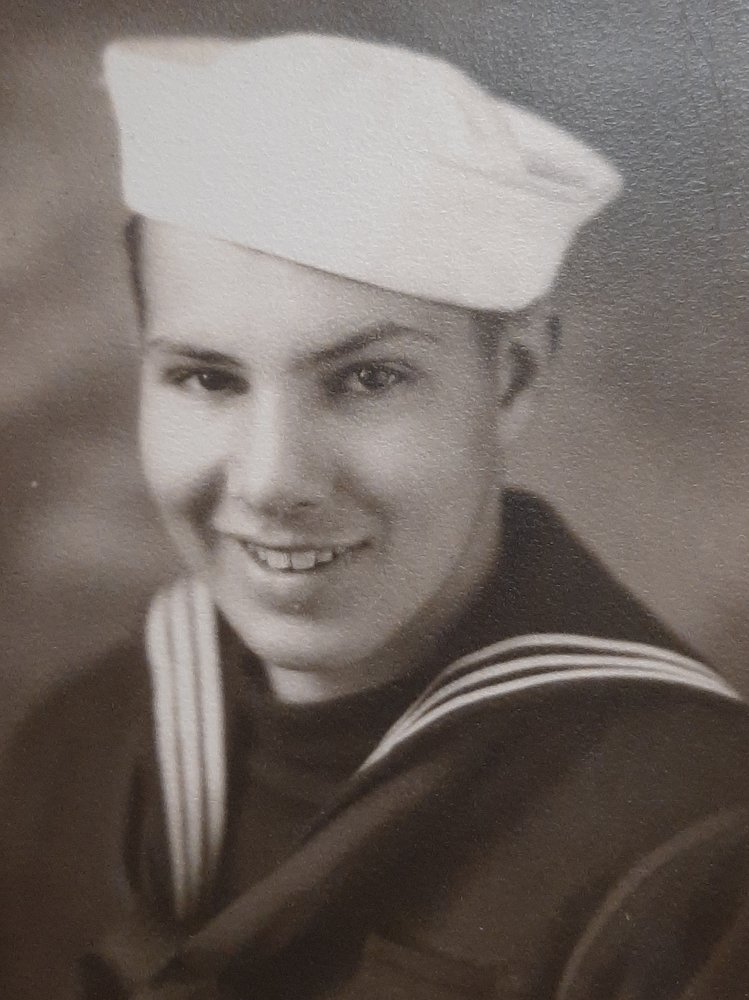 David "Bud" Allan Perry David was born on March 2nd, 1925 to David A. Perry and Marie Ellen Brotherton-Perry in Duluth, Minnesota. He passed peacefully at home on August 26th, 2020 with his family at his bedside. At 17 years young, he joined the U.S. Navy and was a seaman on the destroyer U.S.S. Mullany for the duration of WW11. The ship took a direct hit from a Japanese Kamikaze airplane which eventually caused the Captain to order an abandon ship. Hours later the ship was still afloat so it was boarded by " Bud" and a skeleton crew. They managed to get one boiler functioning and limped into a safe harbor. David owned a small lumber company in Pacifica, California retiring in 1999 and moved to Lake County to be near his daughter, son-in-law, and grandchildren. He recently said he had done and seen everything he ever wanted in his 95 years. David was predeceased by his mother, father, brother, and two sisters. He is survived by his son, David Perry Jr., of Costa Rica; daughter, Ellen Perry-Noble and son in law, John Noble of Upper Lake (whom he also considered a son); son, Timothy Perry of Montara, California, and daughter, Jaquelyn Perry of Portland, Oregon; granddaughter, Tanya Noble of Upper Lake; grandsons, Tim and Colby Noble of Upper Lake, David "Joe" Perry of Costa RIca, and Nicholas Perry of Nice. He also leaves behind numerous great grandchildren and great great grandchildren. David was one of the last to be considered of "The Greatest Generation" and he fit that to a tee. He was kind, considerate and had a scalpel sharp wit. He was a hero to his entire family. "So long Pa.”

Share Your Memory of
David
Upload Your Memory View All Memories
Be the first to upload a memory!
Share A Memory