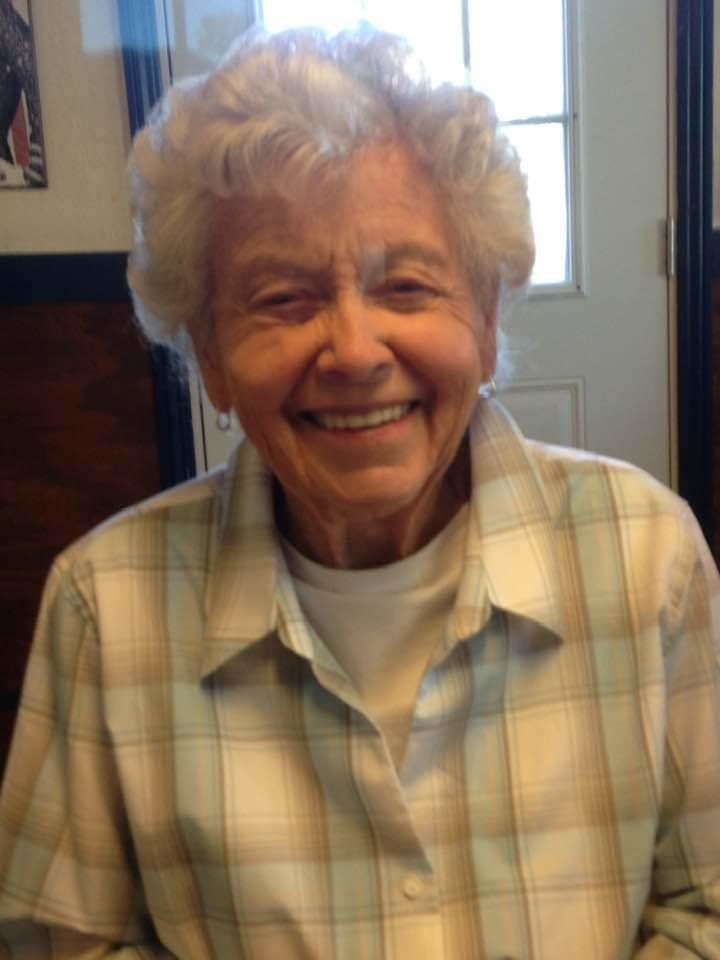 Please share a memory of JoAnn to include in a keepsake book for family and friends.
View Tribute Book
JoAnn Deacon Born on February 21, 1924 in Oakland, CA, JoAnn (Franzman) Deacon passed away peacefully on Wednesday, November 4, 2020. She is held in loving memory by her children and their spouses, Cathy and Murray Pulse, Ron and Jenny Deacon, Don and Saro Deacon; her grandchildren & their spouses, Zoe and Larry Richardson, Ariana and Dammeon Wills, Jody and Missy Pulse, Jesse and Julie Pulse; great grandchildren, Bryce, Kiana, Samaya, Jazmyn,Treysen, Kate and Colin; and nieces and nephews, Jay, Marjean (Johnson), Lita Clapper and John, Clyde, Ann (Munsey). JoAnn grew up in Oakland and learned to play the piano and cello. She was in her own band that played at school dances and on the Cal Band where she met her future husband. On May 28, 1942 she married Lawrence Sheldon Deacon and after his discharge from the army settled in San Lorenzo, CA.. In the 50’s JoAnn's father financed and the family built a summer home in the Terraces of Lakeport using adobe bricks made on her husband’s family farm in Scott’s Valley. Many summers were spent here entertaining family and friends. After her three children entered elementary school, she completed her credential in 1961 and started teaching First and Second Grade. JoAnn retired from teaching and moved to Lake County but continued to be active in education, volunteering in elementary classrooms, (including her daughter’s class) and with the literacy program. She was also active in the retired teacher’s association whereas she received the State’s prestigious Ruth Q. de Prida Award. As an avid walker, she participated along with her daughter in 5K walking events and won many first place ribbons for her age class! JoAnn and her husband enjoyed travels to distant parts of the world, including China, Egypt, European countries, Africa, and more. She saw many changes in her lifetime and adapted with humor, strength, and grace. JoAnn will be lovingly remembered by many family, friends, and all the fine folks at Studebaker’s coffee house where she could be found “holding court” weekday mornings!

Share Your Memory of
JoAnn
Upload Your Memory View All Memories
Be the first to upload a memory!
Share A Memory