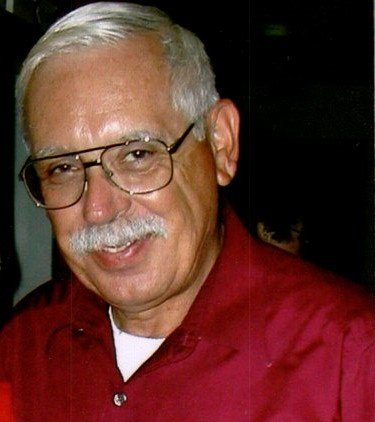 Please share a memory of Terry to include in a keepsake book for family and friends.
View Tribute Book
Terry Lee Cook was born May 21, 1947, in Ticonderoga, New York, to Edward and Agnes Cook. He survived myriad close calls in Vietnam and other places, only to die on December 2, 2020 in north Lakeport when an encounter with a car ended an autumnal bike ride. Lee grew up as one of the free-range kids on Water Street in Ti, exploring the creeks, lakes and hills of his hometown. In Ticonderoga, he carried on the multi-generation family tradition of volunteer fire-fighting. He graduated from Ticonderoga High School in the class of 1965. Following graduation Lee joined the military. While stationed at Naval Air Station Alameda Lee met Denise “DeeDee” Rimes, his first love. They married in 1968 and moved to Ticonderoga at the end of his enlistment. Their son, Darby, was born in New York. Lee rejoined the navy in 1972 and served at a number of duty stations around the country. DeeDee died at Naval Air Station Memphis in 1981 from multiple chronic medical conditions. He was not alone long. Through DeeDee Lee had met George and Lenore Clark, whose daughter Janice became his second love. Lee and Jan were married in 1982, and he became a dad again when Eleanor was born in California. Lee retired from the navy in 1988 and the family moved to Lakeport to be near Jan’s family. He always preferred wrenches to gavels, and could often be found wielding tools at such places as Lakeport Speedway, the Ely Stage Stop & Country Museum, Konocti Rod and Gun Club, Konocti Fiddle Club performances, the Falling Leaves Quilt Show, and the Joy Madeiros Veterans Museum. His friends knew they could count on him for help and advice with their equipment, vehicles and life in general. Lee was a member of the Lake County Historical Society, Vietnam Veterans of America, North Coast Racing Association, Lake County Symphony Association, the Lake County Civil War Round Table, and the National Rifle Association He is survived by his wife Jan, son and daughter-in-law Darby and Jennifer Cook of Stanwood, Washington, daughter Eleanor Cook of Klamath Falls, Oregon; sister Barbara Lindsey of Florida; brothers and spouses, Francis and Jerri Cook of Crown Point, New York, Don and Judy Cook of Florida, Tim and Patty Cook, and Jeff and Joanne Cook, both of Ticonderoga, and Steve Cook and Jenny Larmore of South Carolina; grandchildren Emily, Jaren and Edwin of Stanwood, Washington; brother-in-law Gordon Abare of Ticonderoga; sister-in-law and husband Elaine and Trett Bishop of Lakeport, nephew Russell Bishop of Lakeport; as well as many nieces, nephews and cousins around the country. He is predeceased by his first wife Denise, parents Ed and Agnes Cook, and sister Norma Abare. In lieu of flowers, the family suggests donations to the Lake County Historical Society’s blacksmith shop project. Contact LCHS, P O Box 1011, Lakeport CA 95453. Due to pandemic restrictions, there will be no services at this time, but plans are being made for a memorial service when conditions permit.

Share Your Memory of
Terry
Upload Your Memory View All Memories
Be the first to upload a memory!
Share A Memory