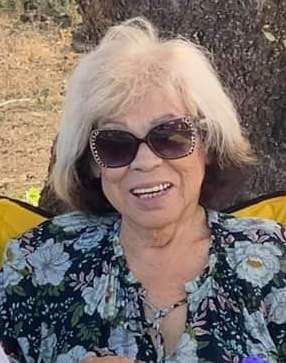 Please share a memory of Geraldine to include in a keepsake book for family and friends.
View Tribute Book
Geraldine Brown Johnson Geraldine Brown Johnson of Sulphur Bank entered into rest December 14, 2020 in her home Elem in Clearlake Oaks, California. Geraldine was the first born of seven children to Jim Brown II of Elem and Elvina Hopper of Big Valley and the Hawaiian Islands. Geraldine was born in Lakeport, California in the month of June 1940. She was raised in the Catholic Church and her traditional Native American culture. Geraldine was the first in her family to graduate Lower Lake High School in 1959. Geraldine had a beautiful singing voice and used to sing at the Lower Lake Theatre House before the showings began. She was an avid musician and studied classical guitar, played piano and was inspired by her love Elvis Presley. Geraldine moved to Oakland, California to attend Heald Business College and after graduating she was employed as the Executive Secretary of the Superintendent for Oakland Public Schools. She was the President of the Native Woman’s Club she helped her mother organize in Oakland, California. Geraldine married her beloved husband Hason Johnson in 1975 in Nevada. Her interests include traveling to many continents following the Grand Prix. Geraldine was a devoted Raider fan, a long time bay area Oakland A’s and Golden State Warriors fan. Her Tribal civic duties include Lake County Tribal Health Charter Board Member in 1982. A part of Elem Indian Colony’s first Casino on Tribal Lands in 1994. Elem Tribal Governments first Chairwoman 2008-2010. Geraldine was a role model, possessed a strong work ethic, and high standards in education. She was known to have such style and grace, she gave the very best gifts, she loved the holidays and was a mother to all her nieces and nephews. Geraldine Brown Johnson is survived by her husband, Hason Johnson of forty five years; her daughter, Jessica Brown; brother, Jim Brown III; sister in laws, Gail Brown and Carol Brown; her granddaughters, Virgina and Angela; her grandsons, Xalya and Ryan; her twenty-three nieces and nephews and over one hundred great nieces and nephews and great great nieces and nephews who called her Grandma Gerri. Geraldine is preceded in death by her parents, Jim Brown II and Elvina Hopper Brown; brothers, Raymond, Marivn and Cecil; sister, Sharon Brown and granddaughter Niyla Anita Brown-Gonzalez and her beloved fur baby Elvis. A traditional ceremony will be held for Geraldine Brown Johnson at Elem in Clearlake Oaks, California.

Share Your Memory of
Geraldine
Upload Your Memory View All Memories
Be the first to upload a memory!
Share A Memory