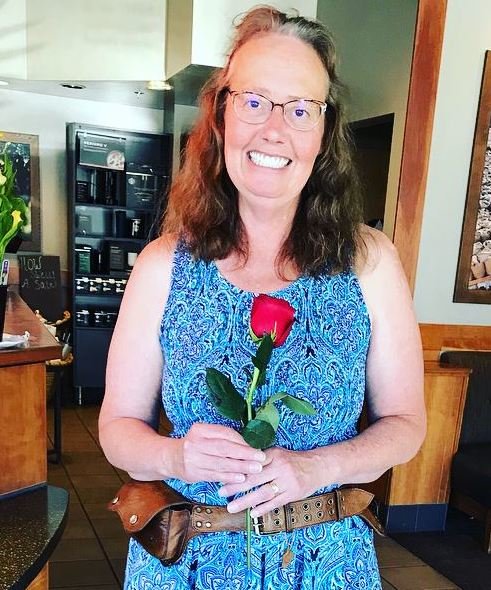 Please share a memory of Trish to include in a keepsake book for family and friends.
View Tribute Book
Patricia “Trish” Heiartz-Martin Trish was born in North Bergen, New Jersey and raised in Leonia where she attended grade school and high school. She hung out under the George Washington bridge with her friends when she was not working at the Local Acme Market as a Grocery Clerk. At 18 she moved to the East Bay of California near her brothers before moving to the Borax area of Clearlake in 1986 where her parents retired. On St Patrick's day she obtained a position with Safeway in Clearlake, where she enjoyed her co-workers and patrons. She always had a smile and was accepting of all, working until she retired in August 2020. Trish met Douglas in 1988 at a Safeway Halloween party and married him in 1991 helping him raise his five children; Gary, Jenifare’, Genessa, Erin and Jaime. They purchased a house in Lucerne where they made it their home and brought in two more children together, Robin and Emilyann. Her hobbies were gardening, reading, sewing, painting, and she loved to hike, cut firewood, camp at Richardson's Grove and Manchester Beach, and travel to see lighthouses along California and Oregon's coast, New Jersey and France. She enjoyed the Beach Boys, ELO, and bee bopping to country music. She often volunteered with her husband at music festivals and was a Temple Guardian with Burning Man with her best friend Theresa. Trish is survived by her husband, seven children, a niece and nephew in Pennsylvania and eight grandchildren. Trish joins her parents, Nikolaus and Katharina Heiartz; her brothers, Klaus and Rolf Heiartz and sister, Marlena Jung. She was a light to all while here on Earth and no words can ever describe what she was to each of us.

Share Your Memory of
Trish
Upload Your Memory View All Memories
Be the first to upload a memory!
Share A Memory