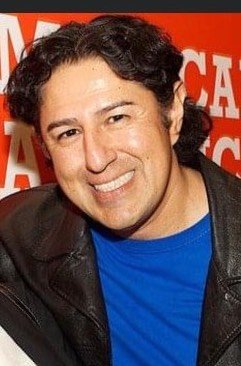 Please share a memory of Timothy to include in a keepsake book for family and friends.
View Tribute Book
Timothy Andrew Ramos Timothy Andrew Ramos, Big Valley Rancheria Band of Pomo Indians Tribal member, born 12/15/66 in Clearlake, California. Tim was raised at the reservation his whole childhood until he left to attend San Diego State University where he graduated with a Bachelors Degree in Journalism, in 1991. Furthering his education at UCLA Tim then graduated with a Masters Degree in American Indian Studies and Film/TV, in 1996. While at UCLA, he wrote Paradigms of Native Cinema; and produced and directed his first film, Rancheria. He went on to become an award winning documentary filmmaker, producing several Native American films. His feature film, “California Indian”, was filmed at Big Valley Rancheria. The film was written, directed, produced, and main actor by Tim himself; found critical acclaim premiering at the Smithsonian Museum of the American Indian in 2012. Tim’s passion for storytelling was infinite and he loved sharing his cultural knowledge, tribal history, and family lineage with the world. He loved mentoring youth in filmmaking, writing, and language preservation. Life was filled with passion for all his endeavors. Timmy started his new journey, 5/1/21, preceded by his proud parents’, Nancy Ann Ramos (maiden-name: Martin; Pomo) and Tommy Andres Ramos (Ilokano, Filipino), along with elder brother, Tom Ramos (Pomo, Coyote Valley). Tim’s legacy, his children, Andres Timothy Ramos and Faith-Ann Lauren Ramos are carrying on his work and passions. He is survived by his sister, Nina Campbell; brother-in-law, Hiram Campbell; brother, Tom Ramos; sister-in-law, Lisa Ramos; sister, Tina Ramos; sister, Priscilla Hunter; nephews, Hiram Campbell Jr. “Chubbs”, Nick Campbell, Michael Hunter, Tony Ramos, Todd Ramos, and Teddy Ramos were like little brothers and cherished along with their kids; nieces, Heather Campbell, Natoya Campbell, Tomi Ramos, Melinda Ramos, Tami Ramos, and Trudi Ramos were cherished along with their kids; cousins; John Madrid, Yolanda Montoya, Lydia Madrid and Joseph Montoya were more like siblings and cherished along with their kids. Tim was very family oriented; he loved, cherished, and treated all of his family with dignity and respect. Tim wasn’t here as long as we would have wished, but he lived life everyday as if it were his last. He’d love everyone telling stories about the stories he’d love to tell. He will always be Running Against the Wind! Tim was brought home for a send off on Sunday 5/9/2021. Drew and Faith are planning a ceremonial Celebration of Life.

Share Your Memory of
Timothy
Upload Your Memory View All Memories
Be the first to upload a memory!
Share A Memory