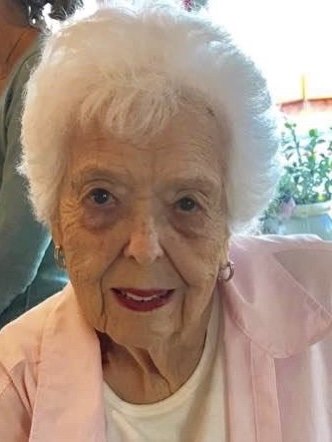 Please share a memory of Betty to include in a keepsake book for family and friends.
View Tribute Book
BETTY JANSEN CULBERTSON Betty Jansen Culbertson was born in Sacramento in 1924. Graduating as Senior Class president from San Juan High School she began college at San Jose State University where she met her future husband Robert, both freshmen. She attained a BA in Education in 1947; Robert earning his engineering degree before entering the Army Air Corps in WWII. With three sons, Steven, Jeffrey & Robert IV they lived throughout the Valley in Willow Glen, Campbell, San Jose & Los Gatos. In a time when most spouses were housewives, Betty chose to follow her passion for teaching professionally at the kindergarten and elementary levels at Oak Grove & Los Alamitos schools. Inspiring her students with a love for their own creative instincts, she tempered this spirit with a respect for discipline. The Culbertson’s retired to “the Villages” in San Jose where they enjoyed golf, bridge and socializing with their many friends, living there for 26 years, vacationing in Lake County where they owned lakefront property. It is in Lakeport that they celebrated their 57th wedding anniversary before Robert’s death in 2007. Betty is survived by her 3 sons, Steven Dean, Jeffrey Dean and Robert Dean IV; grandchildren, Amy Arredondo and Robert Morgan Culbertson; and her 8 great grandchildren, Sofia, Sam, Sienna, Seth and Sadie, Ashby, Dannon and Heston.

Share Your Memory of
Betty
Upload Your Memory View All Memories
Be the first to upload a memory!
Share A Memory