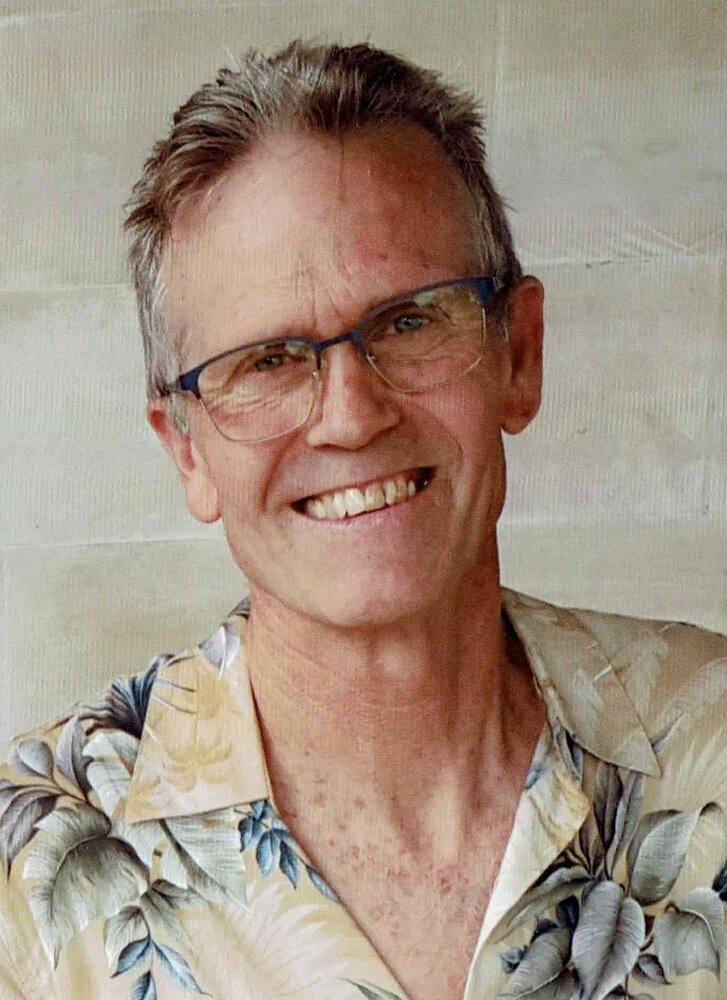 Please share a memory of William to include in a keepsake book for family and friends.
View Tribute Book
William (Bill) Henry Jensen William (Bill) Henry Jensen was born on July 25, 1953, in Santa Monica, CA, to Marjorie Taylor and Jack Jensen. He unexpectedly passed away on December 2, 2021, in Lakeport, CA at the age of 68. Beloved husband, father and grandfather, Bill is survived by his loving wife of 24 years, Linda Jensen; his children, Michelle Halbur, Newell Jensen, Russell Jensen, and stepdaughter, Leilani Greer; as well as his two grandchildren, Madeline and Rowan Halbur. He also leaves behind his parents, Marjorie and Jack Jensen; his two brothers, Jim and Paul Jensen; and his nieces and nephews. Bill had a huge spirit and embodied living life to its absolute fullest. No matter what interest, hobby, or adventure he was embarking on, he put his whole heart into it. He was an avid mountaineer, kayaker, snowboarder, scoutmaster, wood worker, dancer, teacher, mechanic, entrepreneur, sailor, pilot, scuba diver and traveler. In his youth, Bill assisted with the family business – Jensen Graphics and Printing – in Torrance, CA. In 1981 he moved his family and the business north to Sonoma County. In 1997 he met his wonderful wife, Linda. They moved to Lake County in 2000 where they taught dance lessons and continued providing graphics and printed products to the community as Direct Image Printing. In 2010, Bill was diagnosed with stage 4 cancer. During this stage of his life, he found his ultimate passion – flying. He obtained his sport pilot’s license in 2011 after having surgery and while undergoing intensive radiation and chemotherapy. He began flying ultralight aircraft, which gave him the hope, joy, and inspiration he needed, aiding in his struggle with terminal cancer. After he survived and outlived his 6 month prognosis he began to play in the air and share his passion for flying with his co-pilot wife, children, and friends throughout the US. He especially enjoyed flying other members of the community that were also battling cancer for free in his “Live to Fly” program that he set up so they could build memories and share in his appreciation and wonder for life. That gave him even more joy. Bill’s passionate and playful spirit will be sorely missed. A Celebration of Life will be held for family and friends at a future date. To receive information when a date is selected, please email billjensencelebration@gmail.com. In lieu of flowers the family is requesting that donations be made to the Cancer Research Institute at cancerresearch.org.

Share Your Memory of
William
Upload Your Memory View All Memories
Be the first to upload a memory!
Share A Memory