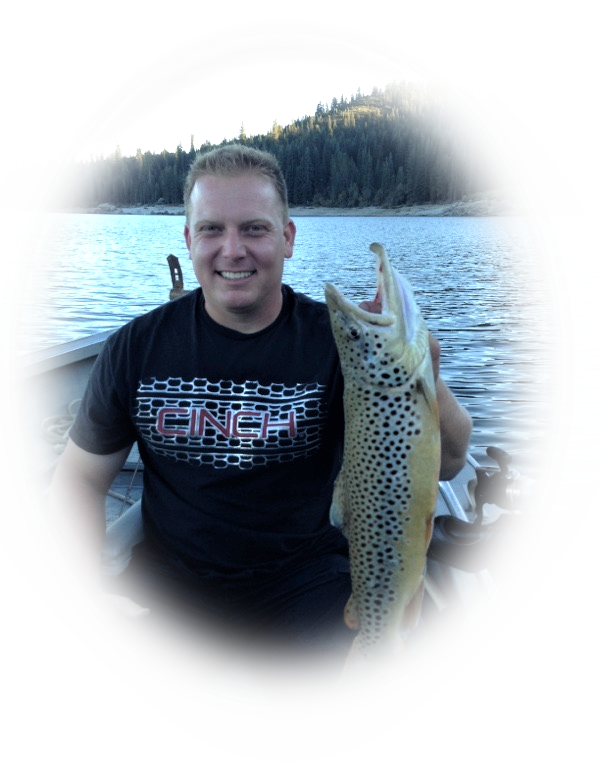 Please share a memory of Ryan to include in a keepsake book for family and friends.
View Tribute Book
Ryan Bernard Schaefers, of Upper Lake, California, born on February 1, 1984, in San Jose, California, to the late Bernard August Schaefers and Marlene Ryan Schaefers. He passed away at age 37, on December 22, 2021, in Upper Lake, California. He attended Prospect High School and completed his undergraduate coursework at San Jose State University majoring in Justice Studies with a minor in Sociology, to pursue a career in Criminal Justice. After completing the Academy in 2007, Ryan was sworn in as a Deputy Sheriff in Santa Clara County. For approximately 12 years, he worked various patrol assignments including being part of the Sheriff’s Off-Road Enforcement Team and making Detective. However, his favorite part of his time with the Sheriff’s Office was working as a Rural Crimes Deputy; patrolling the mountains and establishing relationships with the local ranchers. Ryan was liked and admired by all those who worked with him. An accomplished athlete, Ryan competed for the San Jose State Spartans in football and for the San Jose Seahawks in rugby. As strong as he was, Ryan also had an enormous heart. He was a supporter, mediator, protector, and giver; always ensuring that everyone around him was ok. In 2018 Ryan moved to Lake County, CA to be closer to his family and children. Ryan was preceded in death by his father, Bernard Schaefers; uncle Daniel Schaefers; grandfather Bernard Schaefers, Marcella Ophoven Schaefers; grandfather Marlowe Ryan and grandmother Treva Stahlheber Ryan; great-uncle Myron Stahlheber; and Cousin Charlotte Schaefers. Ryan is survived by his longtime partner, and the love of his life, Jenna Sperber; their two young boys Connor Ryan Schaefers and August Stephen Schaefers, and their older siblings Kamden and Grayson Murray; mother Marlene Ryan Schaefers; sister Katherine Schaefers; aunt Barbara Ryan Schaefers; cousins Cory Schaefers (Kara), Marcella Psalmonds (Phil), Morgan Psalmonds, Emily Psalmonds, Eric Schaefers (Regina), Christel Schaefers, Brandon Schaefers, Scott Schaefers (Nancy), Joshua Schaefers, Stacey Ballard (Vicki); and godchildren Aimee Schaefers, Daniel Schaefers, and Addison Schaefers. He was considered family by many of his friends. Ryan is fondly remembered as someone with an infectious smile and a kind heart, with an insurmountable appetite for meats and cheeses. Ryan was an outdoorsman. The peace and connection of nature were his respite. In his own words, “I want my children to experience the same joys their father has while hiking in the mountains, fishing in our lakes, streams and oceans, and hunting on our lands.” As a father, Ryan loved being with his boys, and raised them with the same kindness and compassion he gave to those around him, instilling in them respectful behavior and manners towards people, animals and spaces. Ryan also enjoyed reading, and had a good collection of novels about adventure, crime, sports, ghosts, and detectives. Other hobbies included road trips with his family, hunting trips to Wyoming, dirt bike adventures in Oregon, watching B-movie horror films, or simply staying in and hanging out with his family. You could usually find him at home working the property, whether that was incinerating the weeds with a propane torch, on the John Deer with his cowboy hat, or playing with his boys in the yard. Family was the most important thing to Ryan. His second home was his cousin Cory’s house, where he liked to hang out with his friends and family and raid the fridge for tasty leftovers. His Auntie Barbara’s house held unlimited family memories, including summers throughout his childhood. This was where family gathered for special events and holidays. Ryan looked forward to these get-togethers for the tasty food almost more than the family. You would not find him without a back pocket full of ziplocs; and rest assured he would be back the next day, as he would never let a crumb go to waste. Friends and family can pay their respects at the remembrance service Saturday, January 15th at 10a.m., at the Chapel of the Lakes, 1625 N. High Street, Lakeport, CA 95453, (707) 263-0357. A Celebration of Life will be held after the service, at the home of Barbara Schaefers, 1325 Van Sleeper Rd., Upper Lake 95485. Ryan would want everyone to be relaxed, please wear comfortable attire. Ryan’s favorite color was dark blue if you would like to incorporate that. In lieu of flowers, please send donations to the Gofundme for Ryan’s funeral arrangements, and the benefit of Ryan’s children: https://gofund.me/610796b6

Share Your Memory of
Ryan
Upload Your Memory View All Memories
Be the first to upload a memory!
Share A Memory