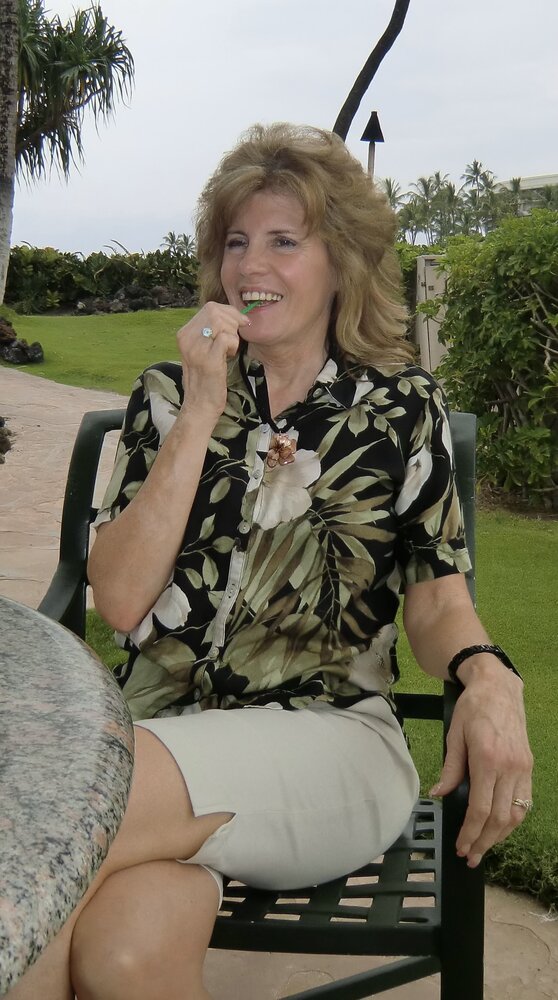 Marsha Linn Chalk (Jones) passed away Sunday morning March 6, 2022, peacefully under Hospice care in Nice, CA. Survived by brother Mike (Mary) Jones of Yuba City, son Johnnie (Alice) James of Brookings, OR daughter Merissa James of Clearlake Oaks, CA and son Ryan James of Kelseyville, CA; and 12 grandchildren. Preceded in death by her husband Robert (Bob) Chalk in September 2017. Born in Whitter, CA on December 20, 1953, to Earl and Doris Jones, the oldest of two children. Marsha found the love of her life and soulmate Robert “Bob” Chalk in 1985. They lived together for nearly 13 years prior to their marriage on August 2, 1997, in Kelseyville, CA. Together they celebrated 20 years of marriage, and total of 32 years of love and companionship. On August 1, 2015, Marsha and Bob were involved in a tragic motorcycle accident near Cobb Mountain, CA where both Marsha and Bob suffered severe brain injuries. From that day forward, they never returned to their ranch home in Kelseyville, and lived out their remaining years under the care of various institutions. Marsha lived her last 5 years under the care of Cheryl Gambonini at a Nice Care Home, in Nice CA, where Cheryl and her staff gave Marsha extraordinary care, up until her passing. Marsha and Bob were the cornerstone of several families. They were loved by everyone and were always there to support their friends and family at times of need. They will truly be missed by all.

Share Your Memory of
Marsha
Upload Your Memory View All Memories
Be the first to upload a memory!
Share A Memory