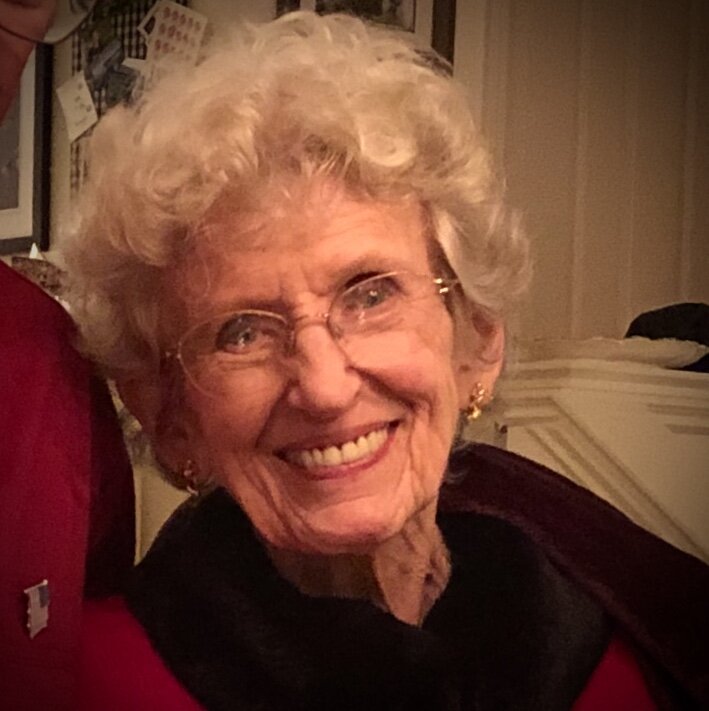 Please share a memory of Marilyn to include in a keepsake book for family and friends.
View Tribute Book
Marilyn Sommerfield (Kohl) May 21, 1933 - June 22, 2022 Marilyn Sommerfield, beloved wife, mother, and grandmother died peacefully on Wednesday, June 22, 2022, at her home in Kelseyville, California, surrounded by her loving family and friends. She was 89 years old. Marilyn is predeceased by her son, Thomas J. Sommerfield. She is survived by her husband of 68 years, Raymond D. Sommerfield; her children, Rian J. Sommerfield (Debra) of Kelseyville, CA, Amy M. Wagner (Harry) of St. Louis, MO, Mark R. Sommerfield (Cheryl) of Memphis, TN, David M. Sommerfield (Nancy) of Auburn, WA, and Christopher S. Sommerfield (Eija) of Pleasanton, CA; grandchildren, Austin Sommerfield (Shelby) of Jacksonville, FL, Alex Sommerfield of Auburn, WA and Kyle J. Sommerfield of Pleasanton, CA. Marilyn Heildagard Kohl was born on May 21, 1933, in Milwaukee, Wisconsin, to Jacob and Cecelia Kohl and attended Messmer High School and Marquette University. She met her husband, Raymond, at Friess Lake, Wisconsin, where she was one of the few to learn how to start the boat engine and to pull her future husband around the lake on a water ski. They were married in 1954 at Holy Angels Church in Milwaukee. She began raising her six children in Milwaukee and was a teacher’s aide to special needs students at Shady Lane Elementary and Thomas Jefferson Middle School, both in Menomonee Falls, WI. She was also involved with Good Shepherd Catholic Church. Marilyn moved to Fort Worth, Texas, in 1977 where she continued to raise her children and work as a teacher’s aide to special needs students at Saginaw Elementary. She was a volunteer with the Fort Worth Symphony Orchestra and The Bass Hall of Fort Worth. She was also involved with St. John the Apostle Catholic Church in North Richland Hills, Texas. In 2005, Marilyn moved with her husband to Kelseyville, California, where she became incredibly involved in her local Catholic parish St. Mary Immaculate and its mission church St. Peter’s. Friends described her as ‘the most unselfish and giving person I know’ and ‘a true follower of Jesus Christ and a gift to her community.’ She was an amazing and unselfish person who gave so much of her time and love to so many. She always had a delicious and inviting meal along with a new dessert every night. Marilyn endured many long winters in Wisconsin and worked tirelessly to ensure her family was well cared for and her house well kept. She loved flowers and took great joy in tending to her beautiful garden. Marilyn started running 5K’s and 10K’s in her late 50’s and 60’s where she often finished first in her age group. Some of these notable races included the Susan G. Komen Race for the Cure. She continued exercising into her later years and was often seen getting up at 5:00 a.m. to make it to her favorite gym to ride the elliptical and to chat with her gym mates and friends. She had an infectious smile and laughter that illuminated everyone who was around her. She also made it to the Holy Land with her daughter where she learned so much of her Christian faith’s beginnings. She loved selling pies for St. Peter’s at the annual Kelseyville Pear Festival. She loved white pelicans and collected crosses and pictures of Jesus, her Savior. She also distributed communion to those who could not attend Mass and always lended a hand or a smile to those in several nursing homes in and around Kelseyville. She was very much involved in the annual Lake County Passion Play and was an actor as well. Marilyn fought a valiant fight against cancer but it finally took her life. She was a fighter and never gave up. Her family will continue to honor her legacy by living their lives to the fullest. Funeral Mass will be held at St. Peter’s Catholic Church in Kelseyville, California, on Tuesday, June 28, 2022 at 9:00 AM, with a memorial reception to follow. She will be dearly missed by all. In lieu of flowers, the family requests that donations in her memory be made to the Breast Cancer Research Foundation.

Share Your Memory of
Marilyn
Upload Your Memory View All Memories
Be the first to upload a memory!
Share A Memory