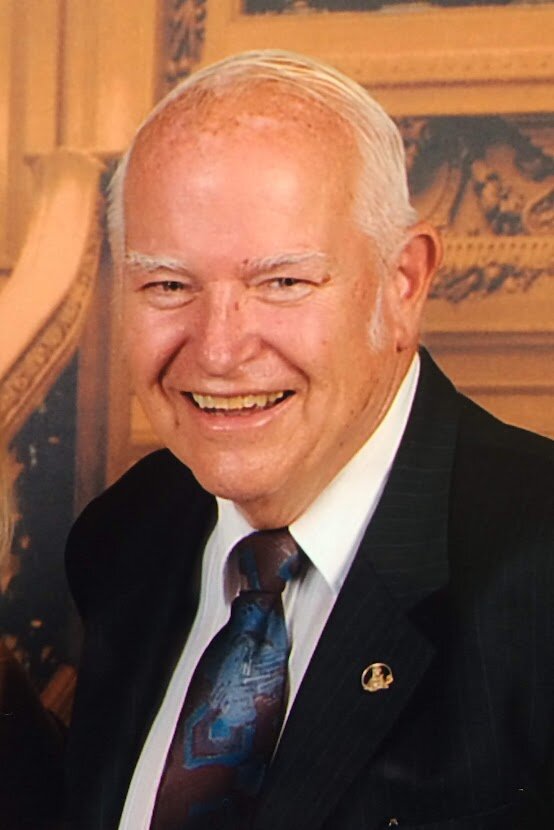 On July 6, 2022, Phillip Edward Myers, loving husband, father, grandfather and great-grandfather, passed peacefully surrounded by family at the age of 81. Phil was born on October 16, 1940, in McGregor, Iowa, to Richard and Marian Myers. He graduated Marquette-McGregor High School as salutatorian in 1958. Inspired by his father’s passion for education, he earned his Bachelor of Science degree in Electrical Engineering from Iowa State University in 1962. While growing up on the Mississippi River, Phil and his younger brother worked in their father’s numerous businesses that served the small community, including flooring, televisions and appliances, and eventually, a houseboat construction and rental business called The Boatels. It was Phil’s paternal grandmother, the town historian, who instilled in him a curious mind and a passion for history. After college graduation, his career as an engineer in the aerospace industry took him to far-off places like Thailand, Japan, and Kwajalein, and then as an executive, he made frequent domestic trips. He celebrated 40 years with Control Data Corporation, then worked and retired from General Dynamics. While working on a project in Hawaii, he met and married the love of his life, Jacqueline Raelene Araujo, in 1965, and together they raised four children, John, Debra, Kevin, and Ann, moving to San Jose, California, in 1974. Phil became a devout Catholic as an adult and tirelessly served his parish communities as lector and eucharistic minister, on parish, finance, and diocesan councils, and as counsel to others seeking their own faith path through the Rite of Christian Initiation of Adults (RCIA). Together, Phil and Jackie enjoyed family vacations in their RV, as well as exploring the world through numerous cruises, tours of lighthouses and historic sites, and several pilgrimages to sacred sites including Lourdes and Fatima. One of his last international trips was a pilgrimage to the Holy Land with his daughter, Ann. In 2002, Phil and Jackie retired and relocated to Paradise, California, and in 2006, moved to Lakeport, California, to be closer to family, and eventually, Phil joined his son-in-law’s investment consulting firm. Whether it was the mighty Mississippi, Pacific Ocean, Clear Lake, or backyard swimming pool, Phil never lived far from water, and in his retirement, he spent many enjoyable days boating with family and bass fishing with close friends. Known for his cheerful disposition, positive attitude, and seemingly endless supply of Dad jokes, Phil found joy in being the bright spot in someone’s day. In his later years, as the primary caregiver to his wife, Phil was determined to understand the latest medical advances in neurodegenerative diseases. Shortly after her passing in 2011, he was then diagnosed with Parkinson’s Disease and became a steadfast research and patient advocate with the Parkinson’s Disease Foundation, Brain Support Network, and Michael J. Fox Foundation. He participated in the Parkinson’s Progression Markers Initiative (PPMI) study and established a Lake County Parkinson’s Support Group. Phil is survived by his four children, John (Tamara) Myers of Oakdale, California; Debra (Rian) Sommerfield of Kelseyville, California; Kevin Myers of Rocklin, California; Ann Myers of Burbank, California; six grandchildren; one great-grandson; and his brother, Robert. Phil is predeceased by his parents, Richard Wilson Myers and Marian Elizabeth Myers, and his beloved wife, Jacqueline Raelene Myers. Funeral Mass will be held on Monday, July 18, at 11 a.m. at St. Mary Immaculate Catholic Church, 801 N. Main St., Lakeport, with a memorial reception to follow. Interment will be at St. Mary’s Catholic Cemetery in Lakeport. In lieu of flowers, donations may be made to the Michael J. Fox Foundation.

Share Your Memory of
Phil
Upload Your Memory View All Memories
Be the first to upload a memory!
Share A Memory