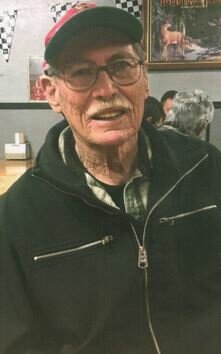 Please share a memory of Kenny to include in a keepsake book for family and friends.
View Tribute Book
Kenneth "Kenny" Turner DeBolt Kenneth Turner DeBolt, a lifelong resident of Lake County, passed away September 23, 2022, with his wife Toni, son Cory and grandson Jordan by his side. Kenny is survived by his wife of 35 years, Toni; daughters, Carolyn (Mike) McCue, and Melissa Innes; son, Cory DeBolt; grandchildren, Kimmy, Trauis, Robby, Jeff, and Jordan; four great¬ grandchildren, Heather, Allie, Krista, and Jayson; best friends and in-laws, Rob and Jackie Akins, Tammy Nicholls, and Nichi Winchester. He is pre- deceased by his parents, Lloyd and Bertie Debolt; sister, Pat Ohlsen; brother, Don DeBolt; first wife, Nancy; daughter, Pam Sveum; and mother-in-law, Margaret Nicholls. Kenny was born August 22, 1934, in Finley, California. He was the youngest of four children born to Lloyd and Bertie DeBolt. He graduated from Clear Lake High School in 1954. He served in the US Army and the Army Reserve for twelve years. He worked for the Telephone Company for thirty-eight years. He was a volunteer Fireman at the Lakeport Fire Department for thirty-five years. Among Kenny's favorite things to do were hunting, playing horseshoes, softball, tennis, and cards, and watching any sports on TV. Kenny will be greatly missed by his family and friends and especially by his four dogs; Ramona, Ricky, Ruby and Riley. A Memorial Service will be held September 30, 2022, at Chapel of the Lakes Mortuary, Lakeport, at 1 p.m. Arrangements by Chapel of the Lakes Mortuary FD1336 (707) 263-0357 www.chapelofthelakes.com

Share Your Memory of
Kenny
Upload Your Memory View All Memories
Be the first to upload a memory!
Share A Memory