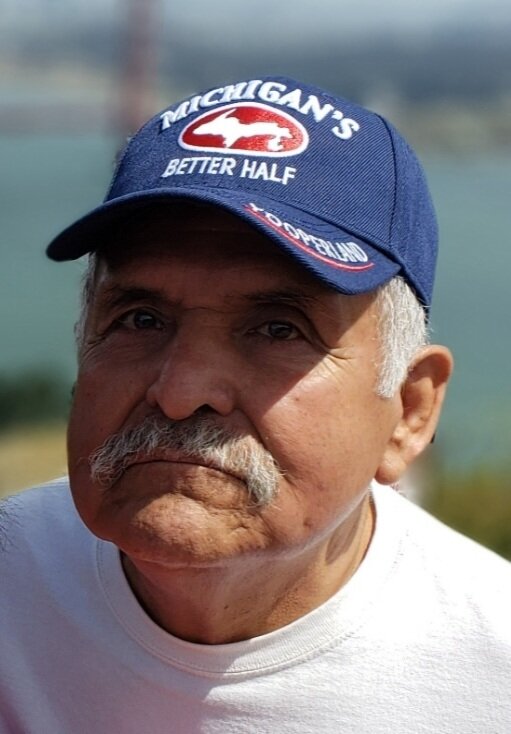 Please share a memory of Ben to include in a keepsake book for family and friends.
View Tribute Book
Ben G. Ray Jr., Ben G. Ray Jr., 78, a life-long resident of Lake County, passed away peacefully on Sunday, October 2, 2022 at 5:15 PM with his family by his side at his home in Lakeport. Ben was a member of the Big Valley Rancheria and grew up on the rancheria as the oldest of eight children. He built their first home that still stands today. Ben graduated from Clear Lake High School in 1962 where he played Baseball, Basketball and Football. He attended Napa Junior College and transferred to Santa Rosa Junior College where he received his AA degree in Criminal Justice. Ben joined the Lakeport Police Department where he was one of the first Native American police officers. After a few years he became a deputy with the Lake County Sheriffs Office. Before long, he went to work for PG&E. He would work for PG&E for the rest of his work career over 35 years until his retirement. Ben and his wife Bea purchased and renovated a home beginning in 1968 that he lived in until his death. Along the way Ben used his love for baseball to coach several teams for the boys in Little League & Senior League. He also joined the volunteer fire department in Lakeport. He trained and received many certificates in firefighting. Ben was predeceased by his dad, Ben; mother, Katherine; sister, Loretta; brother, Rick and brother, Raymond. He is survived by his wife, Beatrice; sons, Ben and Reggie; daughter, Lisa; and two grandsons, Chris and Nick; siblings, Peggy, Conrad (Mona dec.), Greg and wife Kathy and Lola, and numerous aunts, uncles, nieces, nephews and cousins. Memorial Service will be held on Friday, October 14, 2022 at 1:00 PM at Lakeport Seventh-day Adventist Church, 1111 Park Way, Lakeport, CA where Ben was a member. Light refreshments will be provided. The family requests those who wish to express sympathy to consider making a gift in memory of Ben to their favorite charity or Hospice of Lake County.

Share Your Memory of
Ben
Upload Your Memory View All Memories
Be the first to upload a memory!
Share A Memory