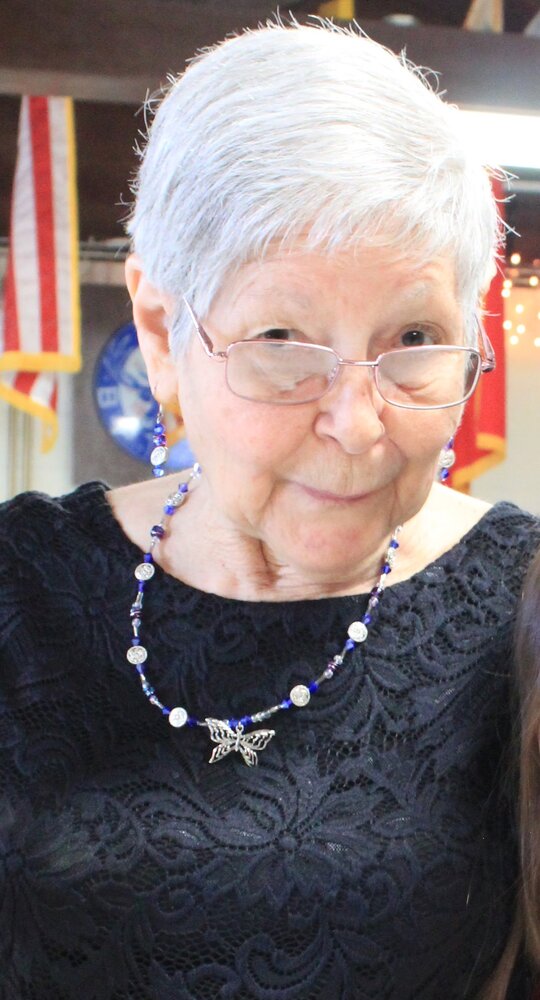 Please share a memory of Virginia to include in a keepsake book for family and friends.
View Tribute Book
Virginia (Ginger) Mae Washburn 2/21/1939 - 9/16/2022 Born Virginia (Ginger) Mae Brock to parents Leonard and Rita Brock in Santa Rosa California on the 21st of February 1939. On May 21st, 1955, she met Allen Griggs who asked her on a hayride in Calistoga. Two months later Augusts 14th he proposed, they were married almost a year later July 29th, 1956. The newlyweds moved to Santa Rosa where they had their first child Guy Griggs in May of 1957. They moved to Eureka shortly after and had their second child Darla “Chelle” Griggs in July of 1961. The couple then moved their new family to Lake County in 1962. Shortly after making the move to Lakeport, she opened a pet shop “Ginger’s Pets and Pals” on main street in Lakeport. In the Early 1970’s she attended and graduated cosmetology school becoming a beautician and starting a career as a hairdresser in Lakeport. In 1975 Allen and Ginger divorced, she continued to do cosmetology until she met her second husband David Washburn through her best friend Gail Banta in 1982. They were married the next year on November 16th in Reno Nevada. Avid Members of The Benevolent and Protective Order of Elks, Ginger and Dave enjoyed a robust and rewarding social life making may lifelong friends with the fraternal order. In the early 90’s Ginger along with her husband Dave became managers at Sunshine Manor in Lakeport until her and Dave’s retirement to Hilo Hawaii in the early 2000’s. While in Hawaii Ginger and Dave made many friends and enjoyed all the islands had to offer. They returned to Lakeport in 2012 due to Dave’s escalating health issues. Dave passed later that year. In 2016 Ginger’s daughter moved in to help care for her as a longtime battle with cancer combined with Alzheimer’s began to increase. Ginger enjoyed a loving and comfortable life in the loving hands of her daughter. She passed peacefully in the comfort of her own home on September 16th,2022 due to complications from cancer and Alzheimer’s disease. Ginger is survived by her two children, seven grandchildren, nine great-grandchildren and all her extended family at the lakeport lodge of The Benevolent and Protective Order of Elks. Services to be held at Chapel of the Lakes Mortuary on Wednesday, November 16th at 1pm.

Share Your Memory of
Virginia
Upload Your Memory View All Memories
Be the first to upload a memory!
Share A Memory