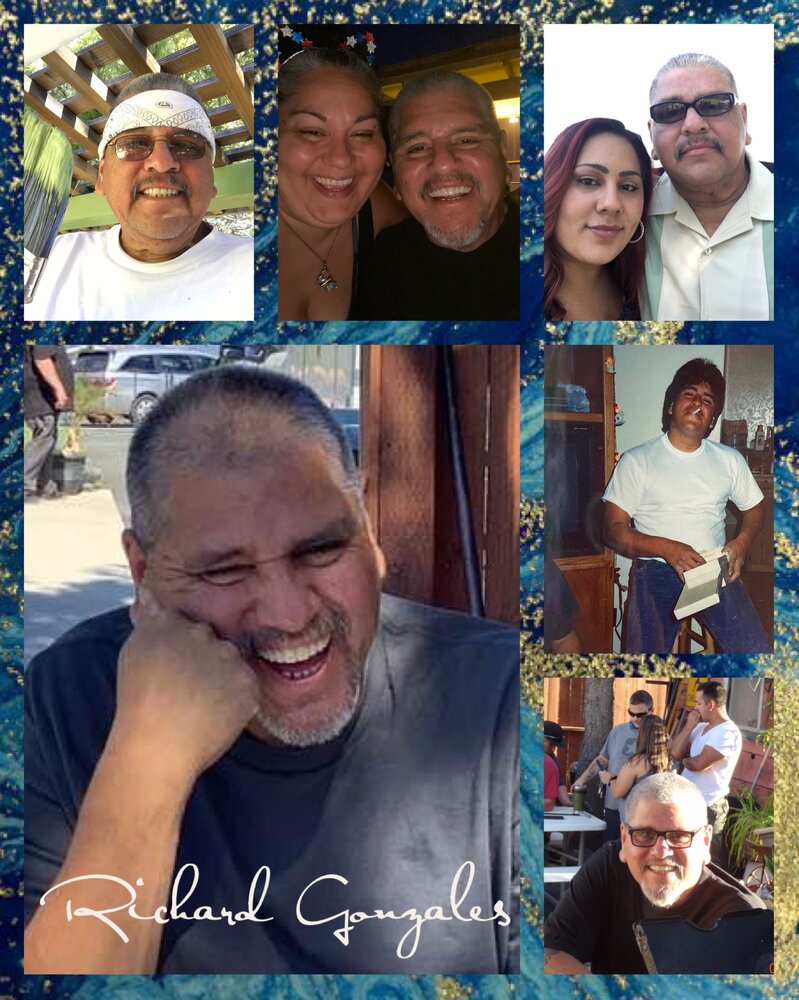 Please share a memory of Richard to include in a keepsake book for family and friends.
View Tribute Book
Richard Anthony Gonzales was born on May 20th 1959, in Glendora California to Francis Partida. At that time in Francis' life, she was sadly unable to keep Richard due to her own difficult circumstances, having just migrated here recently with 3 children already. Enter Raymond and Martha Gonzales, a couple with such generous hearts they would took in Richard at a time in their lives to which they were almost done raising their own 3 children. They also adopted a little girl that would go on to be Richard's sister and lifelong friend. Richard was raised in a firm household but also one filled with love and kindness, so although his wild streak got him into trouble at times Richard always strived to make his father proud. He was such a lively personality always making wise cracks and telling jokes to brighten anyone and everyone's moods. In his early teens Richard met Amelia, the only woman he would ever marry in his life, and they went on to have two daughters, Sarah and Amanda. Richard struggled in life for a bit as people do, but he found his joy in painting and he was very proficient at that trade, painting commercial and residential buildings. Painting was Richard's profession and he was so proud of his work so much so he’d have been glad to show you any of the many buildings or homes he’d painted all up and down California. In 2003 Richard decided to move to Lake County to be more of a part of his grandchildren's lives, as Richard's favorite part of life was spending time with his family, his children, grandchildren, and eventually his great grandson. In 2004 in a search for her own birth father, Richard's sister, Michelle found Richard's birth family, and a new adventure began for him. Richard made time to travel and visit with his new found family and built bonds that would last for the rest of his life. Richard survived 2 bouts of cancer, however he ultimately succumbed to the last cancer that was simply too aggressive to fight. Richard lost his fight with cancer and finally laid to rest on November 19th 2022, surrounded by family who love and cherished him. He is preceded in death by his mother, Francis Partida, his father and mother, Raymond and Martha Gonzales, and his sister, Michelle Garcia. He is survived by his Daughters Sarah (Robert) Vinson, and Amanda (Mike) Greene; his grandchildren, Angelena, Raymond, Gabriel, Adrianna, Mikey, Karma, Charlie, Manny, and Amelia; his great grandson, Robert, as well as the entire Partida, Gonzales, and Rojas families, to whom he was not only a son, but a brother, an uncle (Tio), and a great uncle. Rest in Paradise Pop, until a we meet in death we love you always.